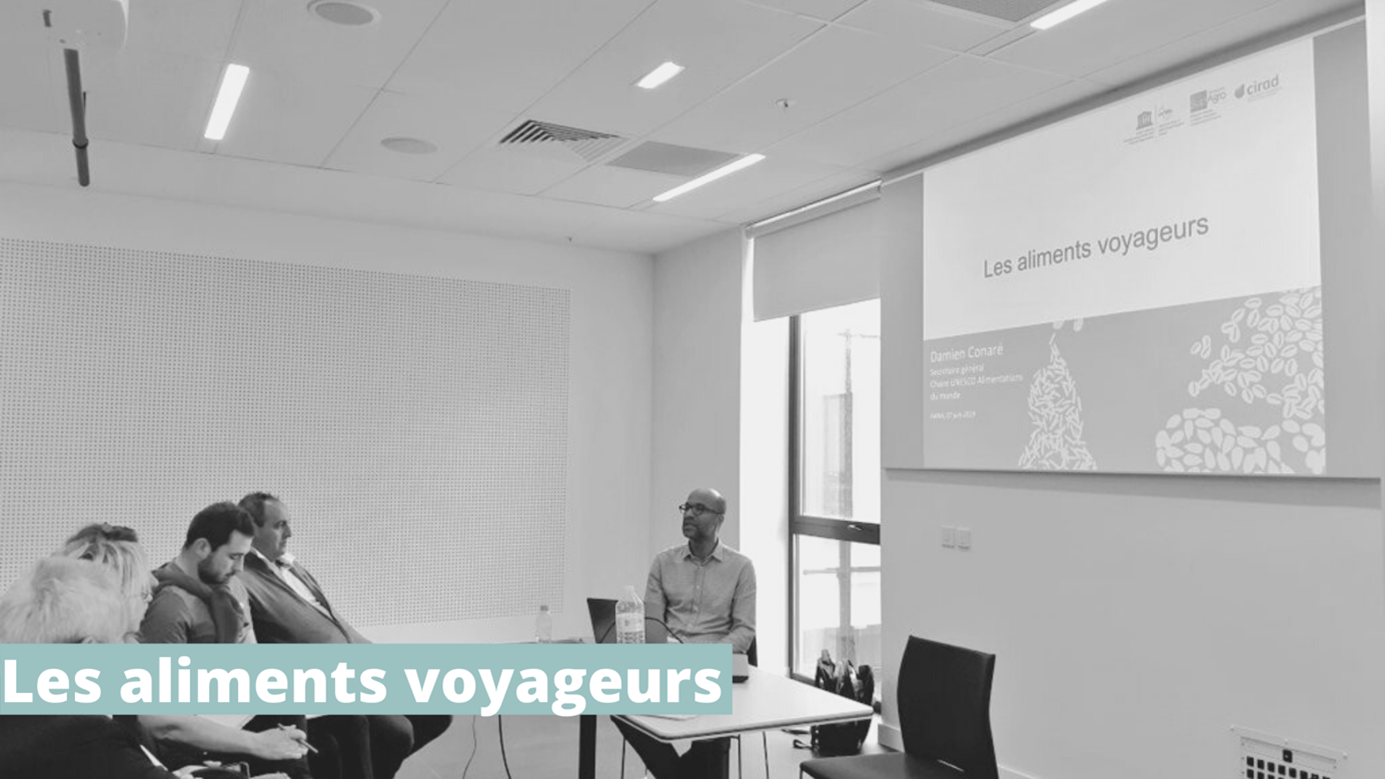 Like human beings, food has travelled continuously through the ages and across continents. The subject is so rich that the Unesco Chair in World Food has devoted a conference to it in 2018. Damien Conaré, its secretary general, will give a conference on this same theme at the Agriculture Fair in Nouvelle-Aquitaine on 7th June 2019. A topic very much in the news and really interesting for the members of the Kus Alliances attending.

“Eating the world” is a phrase that could sum up the food blending we have been living with for centuries. For example, according to a 2016 study by the International Center for Tropical Agriculture, two-thirds of the food we eat comes from other parts of the world. So it seems that the whole world is in our plates!

A blend of cultures, the result of a long history

This food blending is not new. It is in fact the result of a long history of human migrations, conquests, great discoveries and commercial exchanges in which agricultural and food products have always played an important role. Let us think, for example, of the spice trade which, since ancient times, has enriched the Egyptians, Greeks, Arabs and Portuguese. Let us remember the Dutch who, in the 17th and 18th centuries, built out a maritime and economic empire for themselves through the East India Company. In this respect, the travel of plants and the transformation of our breakfast habits are particularly enlightening examples…

The journeys of plants

Almost everyone knows the story of the tomato, the potato and the corn, which originated in the “New World” and were brought to Europe by the Spanish. Less well known, however, is the fact that many other food crops moved to other continents from the 16th century onwards, changing eating habits and agricultural practices.
This first globalization was essentially the result of Portuguese ships on the India Line that disseminated seeds and plants at ports of call in Madeira, the Azores, Brazil, São Tomé, Angola, Mozambique, Goa, Malacca and Manila. Typical Asian plants such as coconuts, mangoes and sweet orange trees quickly found their way to West Africa and the Americas. Conversely, many American plants such as pineapples, peanuts, pumpkins, guavas and cashew nuts were introduced on the other two continents. Among them, the chilli pepper, unknown in Asia, was introduced very early in Goa where it changed the way people ate; or cassava, introduced in São Tomé in 1550, which quickly became the continent’s main food resource. Africa, for its part, exported a few important plants such as coffee, watermelon and oil palm. Sugar cane, which originated in Asia, was exploited almost industrially from the 15th century onwards in Madeira, São Tomé and then Brazil. These travelling plants have sometimes brought about changes in the way people eat, as shown by the history of the European breakfast.

The world in our cups

It was in the 18th century that Europeans progressively adopted the habit of a “breakfast” organized around hot drinks made from raw materials of tropical origin: tea (from China), coffee (from Africa) or chocolate (from America), three hot drinks most often served with sugar from overseas.

At the end of the 17th century, the most affluent European social classes discovered tea, coffee and chocolate. In the 18th century, their consumption, particularly in the morning, spread to working-class circles, and then much more widely in the following century. This craze required the development of production, mainly through slavery. This leads Damien Conaré to say that breakfast as we know it today is not unrelated to inequalities in the world…

Pizza or the conquest of the world’s tables

If products such as tea, coffee or chocolate have conquered the world, there is one dish from southern Italy that has also become established almost everywhere. Originating in Naples around the 16th century, pizza became universally popular in the 20th century, especially after the Second World War. In the United States, it even became one of the most popular daily foods. Ironically, it is now coming back to Europe and Italy in Americanised forms!
The history of the spread and appropriation of pizza throughout the world leads Damien Conaré to say that “even when globalized, pizza does not erase borders and particular identities”. In this respect, it is a textbook case for understanding the cultural mechanisms of borrowing and processes of reciprocal influence.

If borrowing is an important dimension of our food, the question of transmission is also crucial, as shown by the Grandmas project. It all started about ten years ago with the personal experience of Jonas Pariente, director and producer. He realized that his two grandmothers (one Egyptian Jewish, the other Polish Jewish) had passed on their identity to him through cooking. To understand his triple culture (French, Slavic and Mediterranean), he decided to film them cooking: ingredients, spices, recipes, gestures…, and then decided to share his experience with other citizens of the world by proposing to them to film their own grandmothers in the kitchen. It’s 2013 and the participative web series Grandmas project has begun! It includes the recipe for Souffé au fromage (Cheese Soufflé) by Yaya filmed by Chloé Ledoux (France), Ajvar by Marta Dilparić filmed by Ivana Barišić (Serbia and the Netherlands) or Marillenknödel by Mamé filmed by Mona Achache (France-Austria). In total, more than twenty films that tell the story of transmission through cooking… and the adventure is still going on!

Another example of transmission but also of expression of one’s identity through cooking is the Lebanese project Tawlet which brings together migrant or refugee women from Lebanon, Palestine and Syria. In 2009, Kamal Mouzawak, who defines himself as a “culinary activist”, initiated this project in Beirut. It is a restaurant where women from different regions and countries come to cook their traditional dishes. “The cuisine is the only thing that these women bring back with them from their country. They come from different regions and this project allows them to recreate a national identity through cooking and to perpetuate the culinary traditions of their regions,” explains Kamal Mouzawak, for whom this project completes a long-standing commitment to “cooking that brings people together.”

Nothing circulates or travels without being transformed

Thus, the journey of food and the migration of the men and women who cook it have shaped and continue to shape a world rich in fusion, reciprocal borrowings and identity recompositions around food. For Damien Conaré, “nothing circulates or travels without being transformed”. This opinion is shared by Laurence Tibère, a sociologist at the University of Toulouse, who believes that not only does food travel, but also the ways in which it is cooked and eaten. Adaptations, fusions and inventions are at the heart of cooking… and will be for a long time to come.