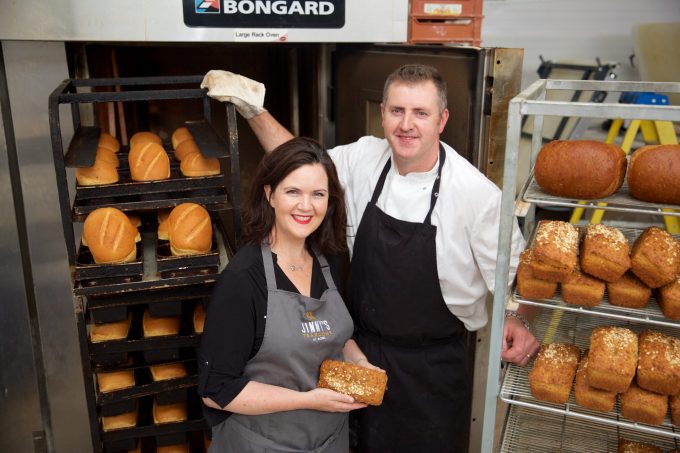 Jinny’s Bakery was established in late 2003 as a small bread making business in Drumshanbo, Co. Leitrim. In the first week, Sinead Gillard made and sold 16 loaves under the Jinny’s Bakery brand. Jinny is Sinead’s nickname. From that very modest start, sales have grown to over half a million-euro annual turnover with the business employing over 10 staff. Now selling throughout the West and Dublin, the company also exports to France.

Jinny’s have won every award possible for the artisan bakery and have ambitious plans to continue their success into the future. Jinny’s Bakery product range includes cakes, scones, sourdough wholesome breads which have a strong health emphasis while maintaining superior taste and texture. Innovation is at the heart of their growth and with over 80 customers. The achievements of Pascal Gillard and his wife who together with their hard-working bakery crew have built a business with renowned impressive standards. For every one of their 15 years in business, they have achieved an increase in sales year on year. Their stout bread and carrot cake have been described as ‘vivid in flavour’. They deliver untold pleasure to the eater with their beautifully controlled crust and lovely crumb.

One of their most recent achievements is that three of their products – Irish Stout Bread Mix, Grace’s Granola and the Sourdough Croutons – have been included in SuperValu’s Food Academy Programme. See Jinny’s Bakery – SuperValu Listing.

Jinny’s have also been part of the Aldi #GrowwithAldi campaign 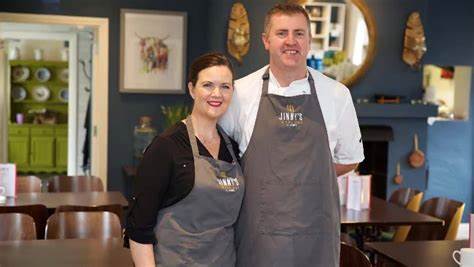 Prospective food entrepreneurs can learn a lot from this dynamic duo. They embody all the key characteristics of a good entrepreneur –  hard work, determination, growth mindset, commitment to quality to name a few.

Chef Sham Hanifa is inspired by his strong culinary heritage 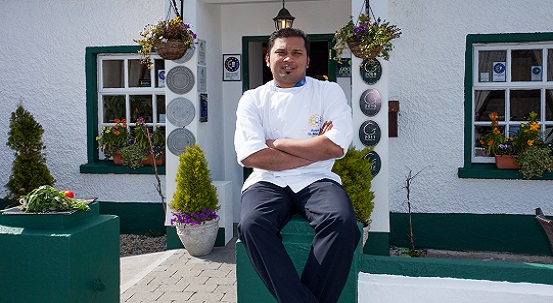 Shamzuri (Sham) Hanifa, a native of Malaysia, moved to Ireland over 18 years ago seeking new opportunities and experiences.  Steeped in a tradition and love of the freshest foods and inspired by his Grandmother’s flavoursome cooking, Sham started his culinary career at 12!  He has worked his way up though every stage of the catering world, from kitchen porter to head chef.   At the age of 20, his whirlwind Irish adventure began in leading restaurants in the West of Ireland. Little did he know then, that he would spent the next 18 years here, meet and marry an Irish girl, start a family, before settling in Jamestown in 2008 to open his own restaurant, the acclaimed The Cottage Restaurant. While Sham is very proud of his Malaysian roots, he feels a very strong connection to Ireland.

I say to my kids, I might not have been born in Ireland but I grew up here and in two years I will have spent half my lifetime here!

Sham’s Food is inspired by his Culinary Heritage

Sham’s curiosity and love of food was sparked at an early age. Growing up in Malaysia, his family nurtured a plentiful garden of fruit (goya and mangos) and vegetables (chilli, beans and yam potatoes). Ask Sham who has had inspired him the most and he will say “my Grandmother”.

Sham’s Father plays a key role in his food heritage too – so much so that he named his latest restaurant The Buffalo Boy after him – you can read that story here: Buffalo Boy — History of Award Winning Carrick-on-Shannon Steakhouse

From a very young age, Sham learned about the values of fresh food and can recall with fond memories going out to the garden and picking fresh ingredients with his Grandmother, then watching as she turned them into the most bountiful and tasty meals. Fast forward to today and a fine testament to what he learned from his Grandmother, Sham now grows his own ingredients for the Cottage Restaurant in a polytunnel filled with the most wondrous greens, veggies, fruits and edible flowers ripe for the picking! He also takes great care in choosing meats and ingredients from his local suppliers. 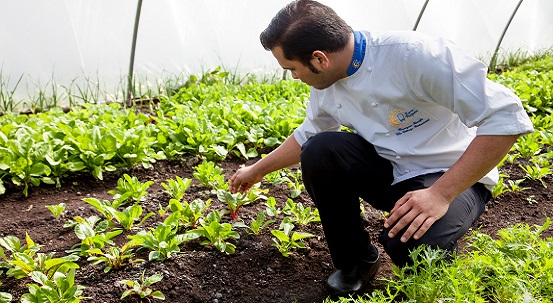 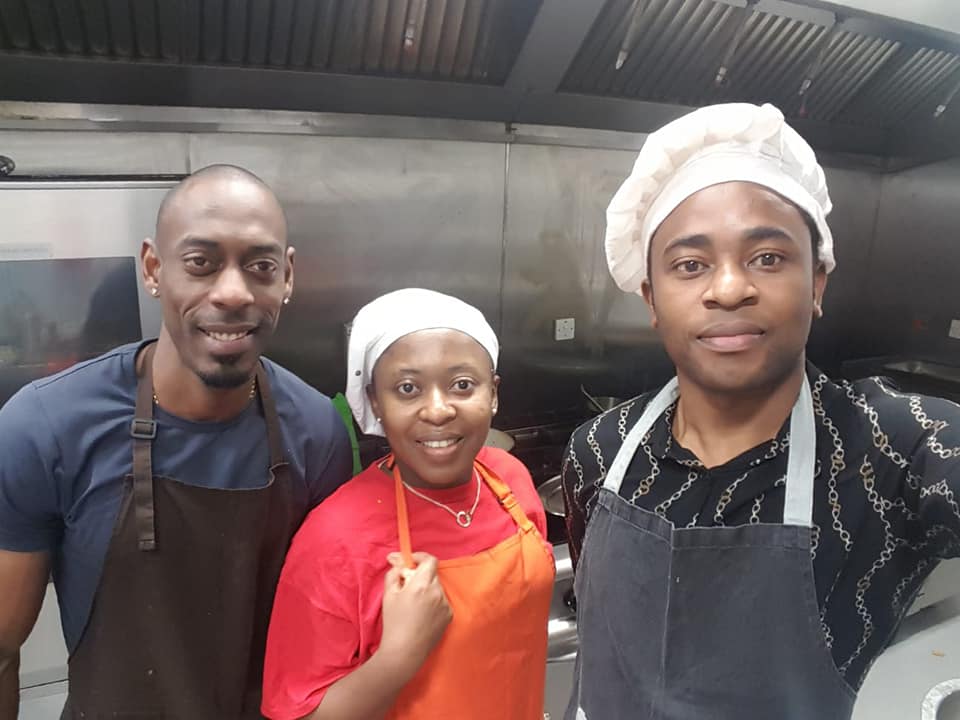 The Sligo Global Kitchen was a project started in 2014 to create a space for people living in direct provision to cook and share food from their different cultures with others. It’s an initiative by artist Anna Spearman and is supported by The Model. At least once a month Sligo Global Kitchen host an event where everyone from the community is welcome to try food from different countries.

In 2020, SKG innovated their offering and created a socially distanced “Dine with Chef” experience. KUS Alliance Ireland members were so impressed by this that we put SKG forward as a case study for the Kus Market Toolbox!